The ZX Spectrum Next was a Kickstarter-backed initiative aiming to recreate the iconic ZX Spectrum using FPGA and lots of ingenuity. I am a bit too Marie-Kondo-ed for physical retrocomputing these days, and, on top of that, have been skeptical of such projects (for good reasons).

However, this one had names like Victor Trucco (one of the most respected Brazilian retrocomputing hackers) and Rick Dickinson (industrial designer behind several Sinclair computer cases, who sadly passed away before it was finished) behind it, so in May 2017 I gave it a shot and backed the campaign in exchange for a unit.

Expected to ship January 2018, it was delayed for more than two years, but for good reasons: the people behind the project would not accept anything but the best quality, continuously pressuring manufacturers to go on-spec. And it was worht the wait - the computer is sturdy and gorgeous: 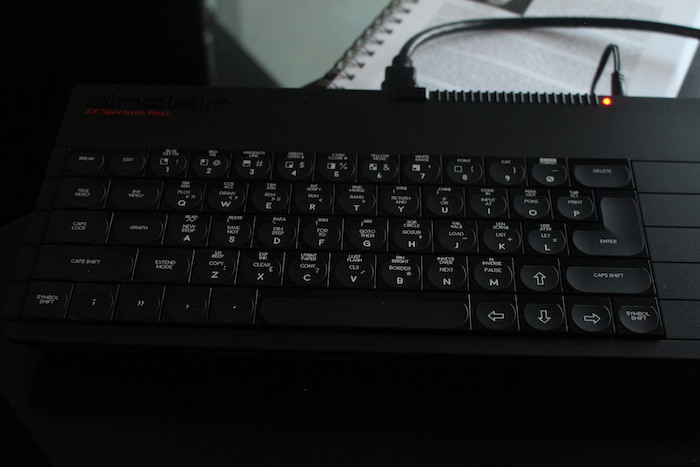 The ZX Spectrum was one of the most influential computers from the 80s. It matched the (relatively) low price of its Sinclair predecessors with capabilities like color graphics, sound and enough RAM made it capable of all sorts of tasks - in particular games.

In Brazil (where, at the time, it was legal to clone any foreign computer) we had the TK90X, a clone of the ZX Spectrum 48K, which I was lucky enough to have access to during my formative years. Here is one (from my retrocollector days), with a few software titles in cassete tapes, and a homemad sound chip expansion module: 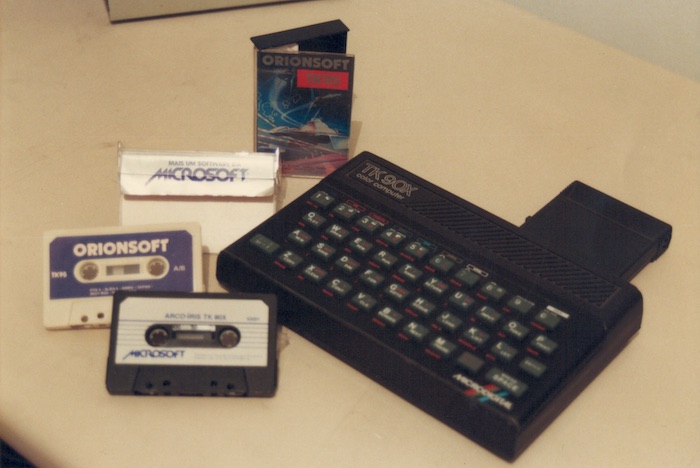 (I did eventually own a ZX Spectrum +2 as a retrocomputing enthusiast, but that’s another story entirely. Back to the ZX Spectrum Next!)

Computer boxes at that time were neitehr the unimaginative packaging of typical PCs, nor the sterile whiteness of Apple ones. They used to showcase what the computer could do, and the Next goes with that idea, but with a modern look. I loved it. 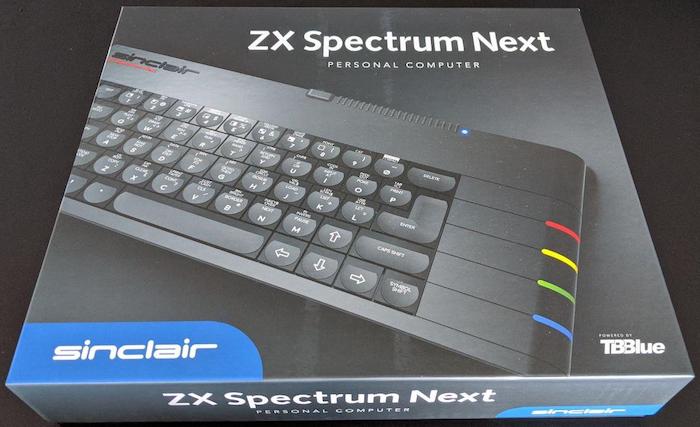 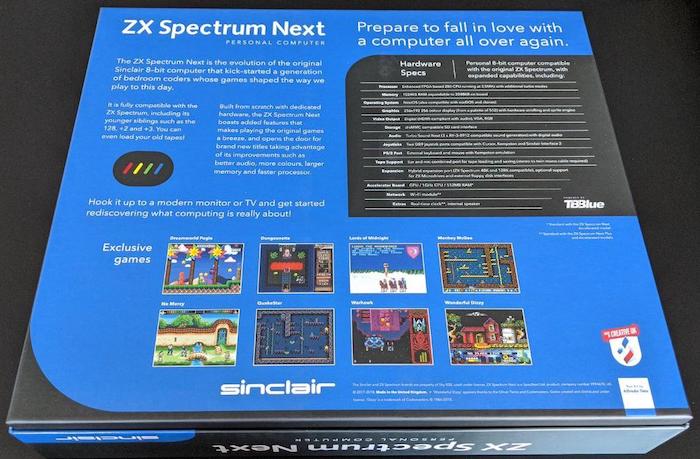 The manual is another highlight: like manuals of the era, it covers everything from handling the hardware to teaching you BASIC - in this case, a souped-up version that unleashes the new hardware features, yet feels like the classic.

I am not a huge fan of unboxing videos, but the packaging of this computer deserved some special attention, so here it is:

Between the material and the portal, there is a lot of material covering the Next, so I decided to just post a couple videos made right when I unboxed it.

The first one shows me turning it on and (after the one-time configuration screens) typing the classic “Hello World” program.

On the second one, I recreate a prototype “game” that draws a glyph on the screen and moves it in the four directions when directional keys are pressed. It’s a bit long, and the result won’t beat Fortnite in popularity so soon, but it shows how fun it is to just play freely in BASIC. Was happy doing it back then, am happy doing it now! 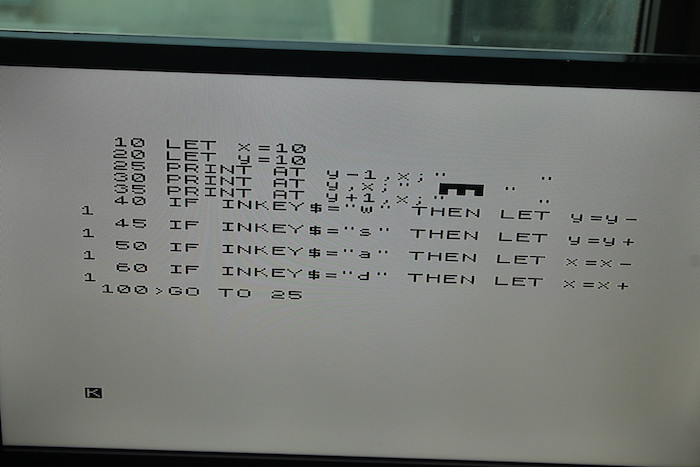 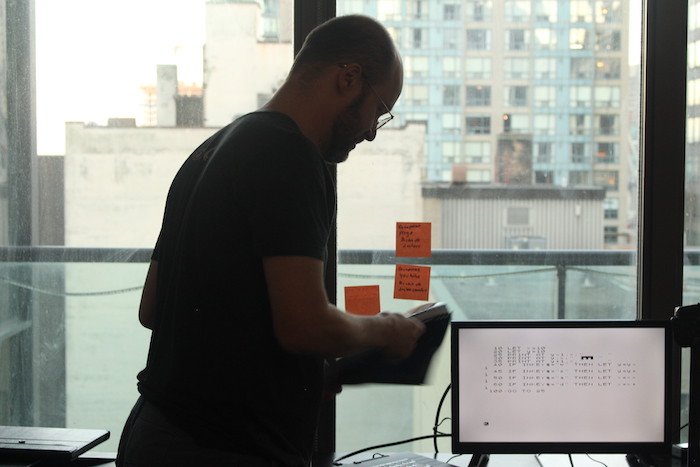 Video and stills by Raquel Camargo