As a Dance Dance Revolution (DDR) enthusiast on its heyday, I spent a lot of time adapting dance pads to improve comfort and durability, until I got myself an Ignition pad. Its thick rubber interior, superior sensors and RedOctane (of Guitar Hero fame) quality resulted in no mis-/over-/continued registering of arrows, less knee strain and happier downstairs neighbours. 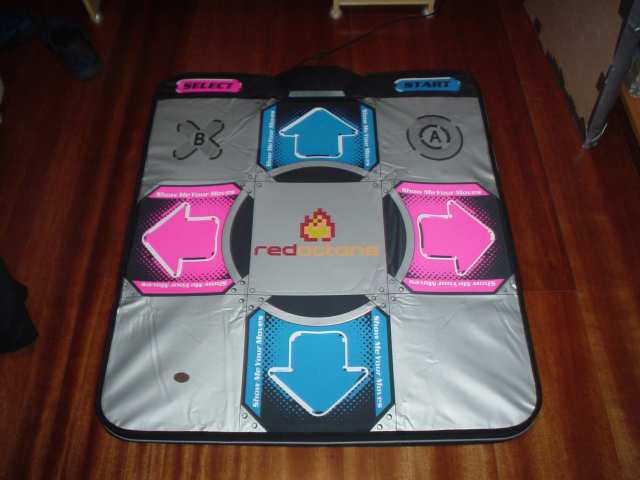 I sold that one years ago, but having some floor space and time now, I decided to buy a “new” one on eBay. Not having a Playstation these days, I planned to use Stepmania (the open-source DDR clone), but my mat was missing the USB adaptor. A Playstation-to-USB one gets recognized, but arrows do not register correctly.

The adaptor I needed would plug in the XBox connector (classic XBox controllers are quite close to USB in nature, as we’ll see below). They are near-impossible to find, but it seems the breakaway cable that came with the controller can be converted into such an adaptor.

The operation is trivial: 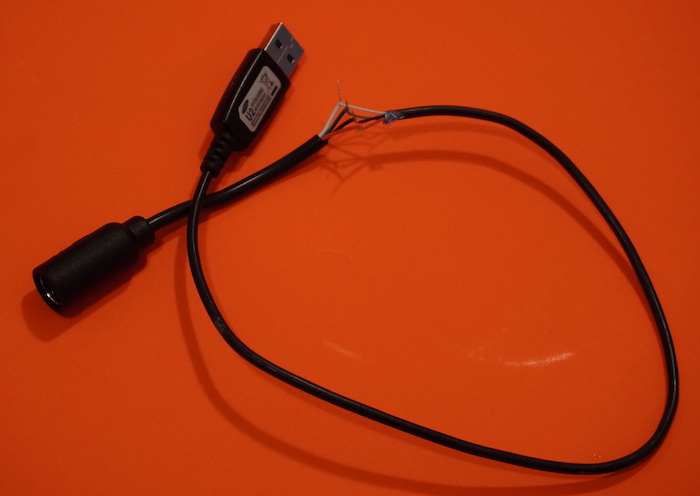 I was going to solder them together and tape (like the video), but it seemed too flimsy for me, so I soldered the wires into a protoboard, then fixed the set on a small box with my trusty Durepoxy. 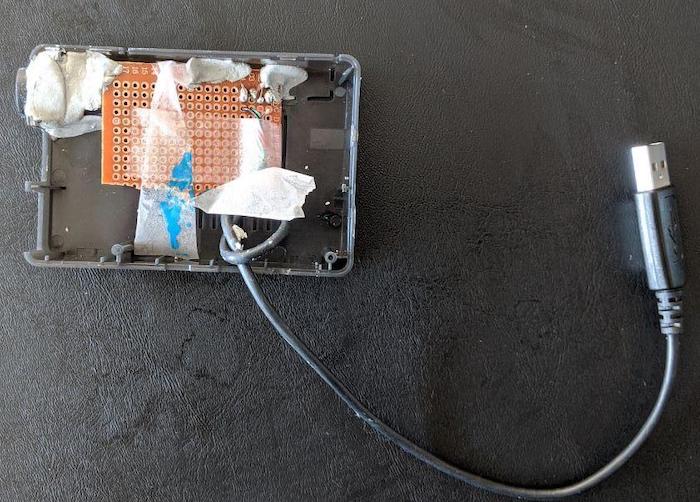 Ugly, I know, but sturdy. Once the box was closed, had some cleanup and electrical tape finished, it looked much better: 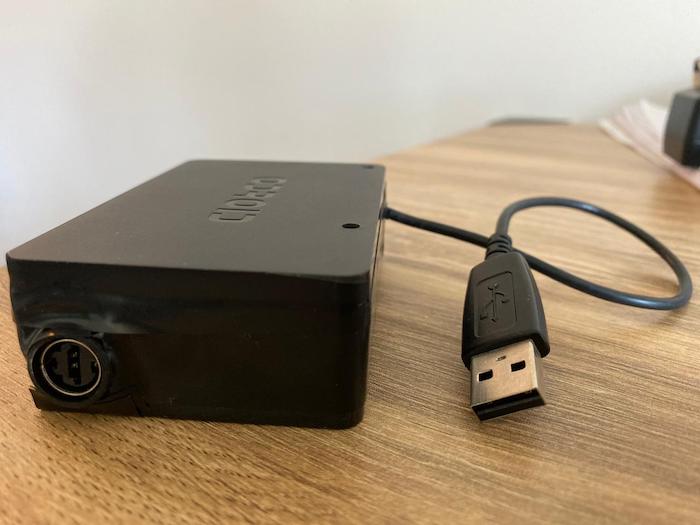 As for the software, I used this macOS XBox Controller Driver. To test it (and Mac controllers in general), I recommend Controllers Lite. 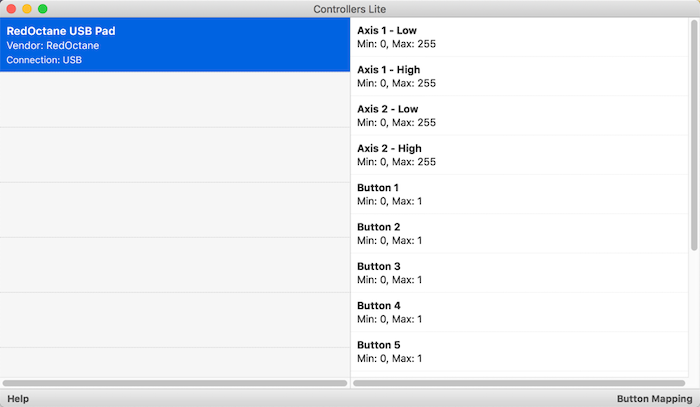 With that set, I downloaded Stepmania, addded some songs from the usual places, and spent a great afternoon playing! 🕺 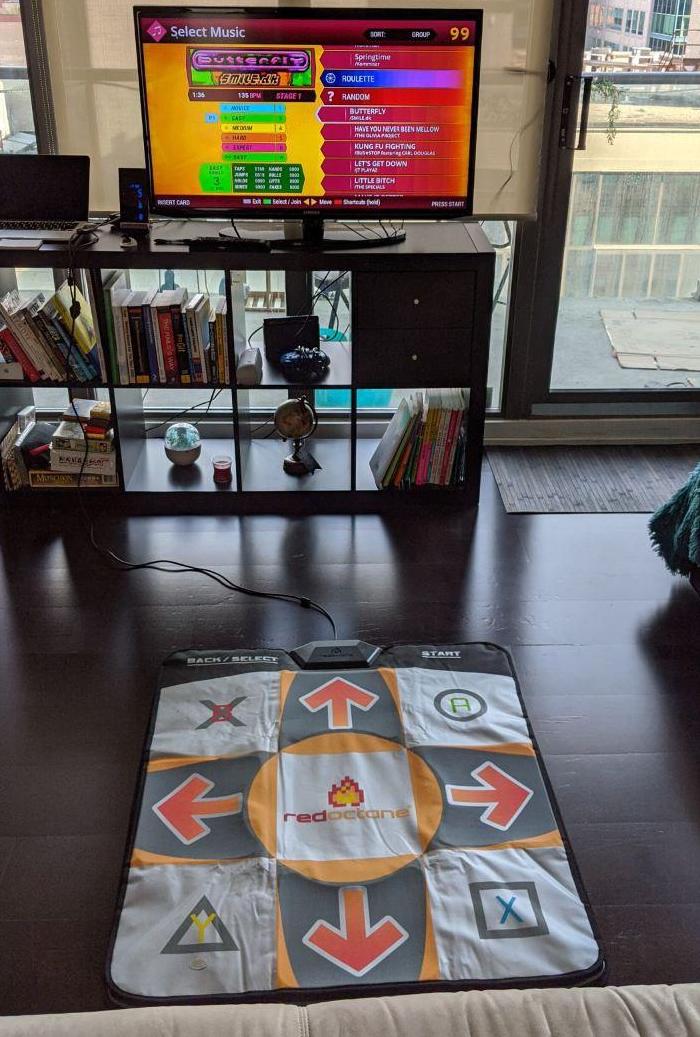 A positive surprise was that no remapping was needed: Controllers Lite shows the arrows registering both as axis and button presses, and StepMania recognizes the arrows as it should, the A/B buttons as OK/back, and even the cancellation shortcuts with select+start.

P.S.: If you can’t find the original XBox breakaway cable, this page says an XBox 360 one (which is already USB on the other end) will do, as long as you sand the connector a bit to make it fit on the mat/controller. I’m curious to try that.